Dirk
Ten years from now, what topic will we have wished we had been discussing today? Right up to this conference, we had posted a time-lapse video on the build of this LEGO ship, and it was sensational. It was our most successful social media post ever. So many people, old and young, they commented on how they played with LEGO, but in our industry with all the automation that we are currently putting in our terminals, and if you see how much fun it actually is to manually stack things, are we taking the fun out of our industry? That's the question we'd like to debate in our next round.

What do we have? Marius, you're on the Mediterranean instead?

Marius
So, obviously I'm not on the yacht, but I did stay on the SS Rotterdam, so I'll give it a shot anyway. I think what at least in Maersk, I don't know about other companies, is already being discussed, but I think should be even more of a focus is how to create… digital products that are easy for customers to interact with.

When I look at the typical digital product from the maritime industry, it is from my point of view, not very user-friendly. And yeah, hard to use. Not accessible on smartphones and tablets, and they usually also come with a user manual, which is a bad sign. So, I think focus on making good products at the same level as the apps that all of you have on your smartphones right now that you love and use every day. And also, to do that, most of those kinds of products, they rely on data. Both the right data and also of the right quality. 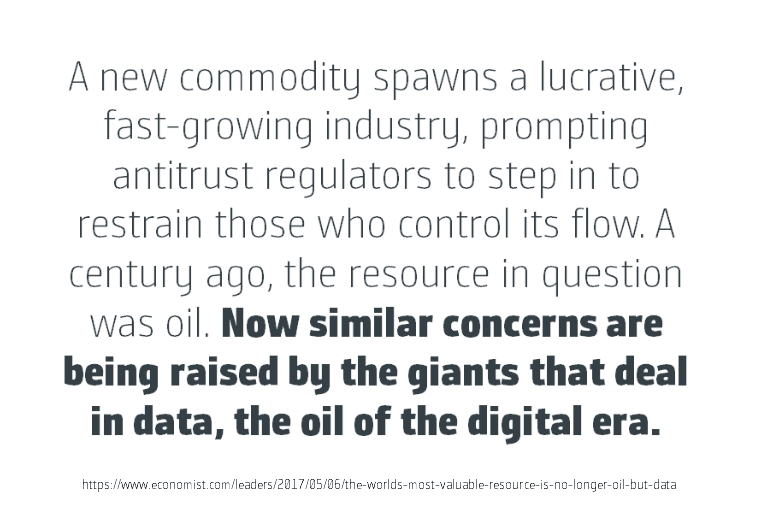 Dirk
Krzysztof… you mentioned the impact that automation will have on our society. That's also a bit of a pessimistic look at things.

Krzysztof
Well, automatization is around us, it's on our train stations, it's in our shops, it's in our phones. We do so many things so quickly without bothering many other people, and it's going to speed up very quickly. There's no doubt about it. I don't think there's many industries or jobs where you can actually be on the safe side, let's say, with those robots taking over… that's going to impact the economy very, very deeply.

Jennifer
Yeah, I think the last round showed that there's a lot to talk about that, so that's why I just wrote it down. But, if I may say something to Krzysztof’s last response because I think about the automation, what you said, what we are used to, and if you're safe in your job, I think generally we have a change in our job expectations and how long will you stay in one job position, and I think compared to the Baby Boomers, there were. They were used to start with one job position and stay with that company for 40 years, so I don't think that any of us here expects that this would happen to the majority of us. So, I think this is normal now, so we also adapt to it, to that change.

Dirk
So no one here on the panel is scared that automation and artificial intelligence will at some point in your life take your job away?

Elliot
I'm super-excited for AI and automation. I don't like washing dishes. I don't like doing all kinds of drudgery work like mowing my lawn and stuff like that… I want automation. I want robots. We've always come up with machines to do stuff for us. I think humans want to do creative work. We want to make an impact. If you have to do drudgery work that is boring and menial, that's not a life-giving job. I'd rather have really good jobs. I'd rather have robots doing the hard work and then have better work/life balance because we can get more done in the average workweek to be more creative. 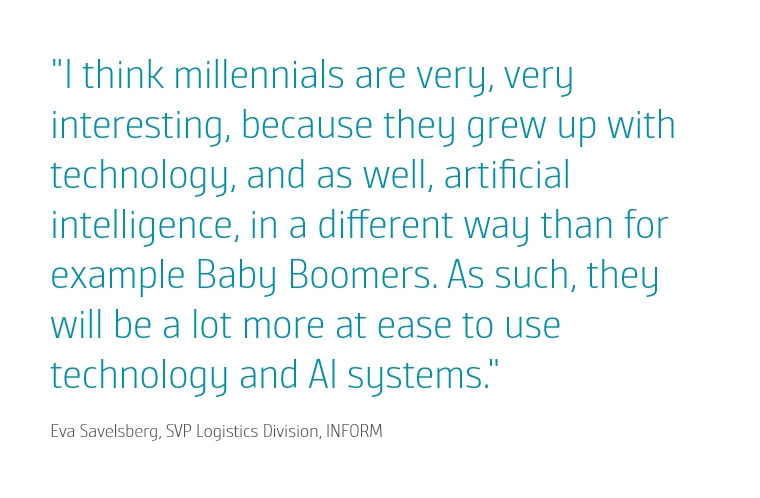 Dirk
We talk about automation, we immediately talk about robots. But, in your case, you’re the data scientist here on our panel, and algorithms are smart enough nowadays to program themselves. So, there's a threat that at some, let's say within the next five or ten years, we don't need programmers anymore.

Elliot
Yeah, I've heard that argument. I'm pretty sure that that's not going to happen. I think that it's a lot more complicated, and I think that even though I have high expectations from what we can get from AI. AI's is still not going to become self-aware “Skynet.”

Marius
So, about AI, that's not something that's going to happen overnight. If someone had the skills and abilities to create AI that could lay off 5,000 people overnight, they would have done it already. They would probably be the richest person in the world if they had the ability to do something like that. Also, AI needs quite often to be deployed in a product, so AI is quite abstract… And, when you introduce products like these, it's not necessarily to lay off people. It could also be to make existing people more effective and create more job opportunities in the local communities… I don't think it's going to happen overnight and if, and when, it will happen… I think it's going to be a major opportunity for a lot of people.

Audience Question
As an industry, would you say that maritime is competitive or collaborative?

Dirk
Are we doing enough on collaboration?

Jennifer
I think we as a consultancy from the company we see that there's a trend in Port Community Systems, and the trend of connecting all the different members of the supply chain. Currently, especially IT wise, together we have a lot of stakeholder’s meetings that we have a lot of different ideas how to connect. For example, how to bring up that the Port of Hamburg is strengthened as the port, although there are different terminal operators, so there is this trend, so I would go for collaborative.

Krzysztof
Yeah, we just announced it in Munich two weeks ago, and literally we're in a business that makes people communicate, makes their goods… move from one place to another, so I don't think there's many other industries that would be so collaborative like ours.

May 4, 2021 Are Optimization Systems for In-Plant Logistics on the Advance?