Swiss Post relies on INFORM’s YMS with smart optimization algorithms in its yard logistics to achieve the necessary level of efficiency in this highly complex process. Night after night, Swiss Post must be in a position to transport as many as half a million letters and parcels all around the country. Dispatchers have to juggle hundreds of swap bodies at the same time, ensuring that docks have been correctly assigned, and the use of shunting units and railmounted gantry cranes has been optimized.

Schweizerische Post AG (Swiss Post) is a state-owned logistics specialist that is a cut above in more ways than one. From letters and parcels to public transportation of passengers and financial transactions, Swiss Post’s 60,000 employees are on hand to make sure everything gets where it needs to be at the right time. Between 1997 and 1999, the company invested around 500 million CHF (471 million EUR or 537 million USD) in its Paketpost 2000 Project. The project involved constructing three new, state-of-the-art parcel centers with their own rail connections and rail-mounted gantry cranes, as well as establishing a logistics network comprised of parcel centers and 66 parcel bases all the way through to the point of delivery. All this was geared towards ensuring nationwide postal service coverage at the best possible price point for the end customer.

This complex logistic system can operate at a maximum capacity of 135 million parcels per year. Night after night, Swiss Post must be in a position to transport as many as half a million letters and parcels around the country. Dispatchers have to juggle hundreds of swap bodies at the same time, ensuring that docks have been correctly assigned, and the use of shunting units and rail-mounted gantry cranes has been optimized. Otherwise, they run the risk of missing the sorting cut-off. Everything is planned down to last minute, ensuring that any change of plan goes straight to dispatch. After all, delays on the road or on the rails are par for the course in this business. Swiss Post relies on INFORM’s AI empowered Yard Management System (YMS) with smart optimization algorithms powering its yard logistics to achieve the necessary level of efficiency in this highly complex process.

These systems record incoming and outgoing vehicles and recommend to the dispatcher which goods have to be moved to which dock and in what order, and how best to move swap bodies and semi-trailers. “In the 1990s, we had a flat system in place that was spread across the whole day,” says Stefan Luginbuhl, Head of Transport and Sorting at Swiss Post. The market has since changed. Now goods arrive at the centers in the evenings at such peak volumes that dispatch using conventional planning methods is simply impossible. “Our customers want to hand over their parcels as late as possible but still expect rapid, next-day delivery,” says Luginbuhl. 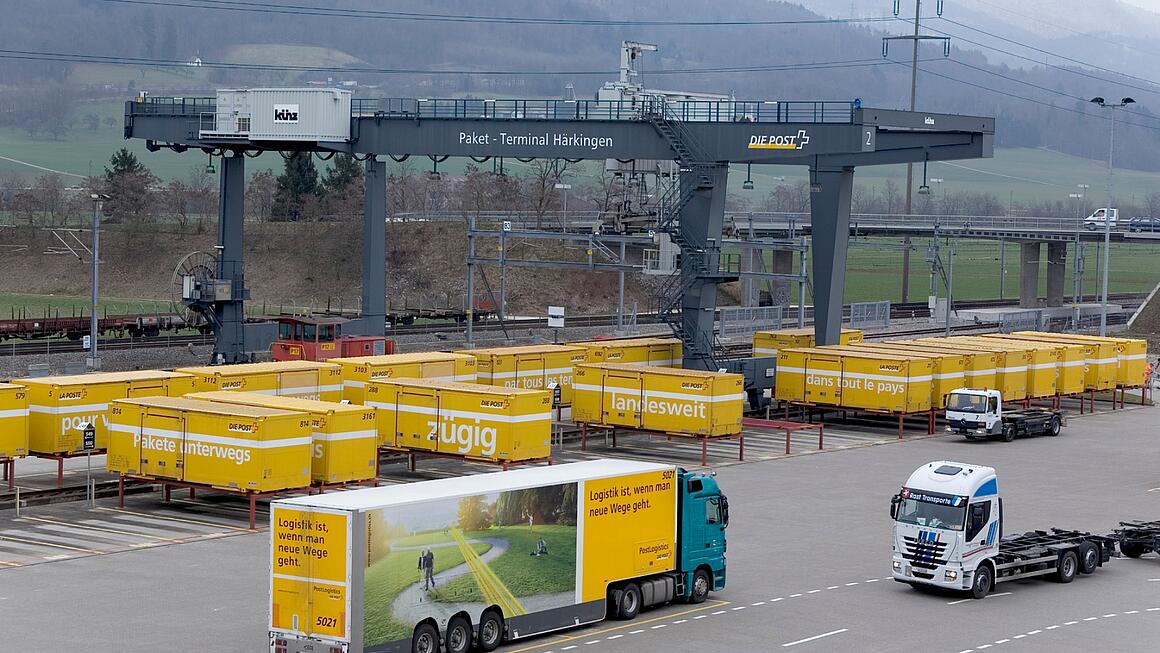 There have been three areas of radical change at Swiss Post over the past few years:

1. Fluctuating volumes: There are substantial variations in the volume of posts from day to day, and particularly from month to month. “We are running at double our normal capacity in June and July, and even in December,” says Luginbuhl. The logistics structure has been designed to take these variations into account.

2. Evening peak: The rise of e-commerce has also had a dramatic effect on processes at Swiss Post. “Customers order online, and retailers try to offer order cut-off times that are as late as possible,” says Luginbuhl. “But the goods still need to be delivered the next day.” As a result, peak times at Swiss Post are shifting to later and later in the day.

3. Customized orders: “People used to order goods by mail order or by phone and just hoped that the delivery would arrive in one day,” recalls Luginbuhl. “Now they place their orders and can also choose when, where, and how they want the goods to be delivered.” This trend toward customized deliveries complicates standardized logistics processes.