Elon Musk's first car was a 1978 BMW 320i. He bought it in 1993 while studying economics and physics in Philadelphia, one of the oldest cities in the US. The same year, I bought a 1978 Opel Kadett C Coupe while studying in Flensburg, Germany's northern most town.

Both cars, the BWM 320i and the Opel C Coupe had rear-wheel drive (RWD), and as such, they were fun to drive - at least for young men in their early/mid-twenties like Elon and I were at that time. On snow and ice, however, they delivered inferior traction compared to front-wheel or four-wheel drive vehicles. And winter 93/94 had plenty of snow, in Philadelphia as well as Flensburg. A simple trick to improve traction of a RWD was, and is, to add weight to the back of the car, e.g. heavy items like sand or cement bags.

It is not known if Elon Musk followed that advice, but 26 years later, he unveiled Tesla's long-awaited Cybertruck, an all-electric pick-up truck. And to prove its superior design, he displayed a video of the Cybertruck prototype hauling a Ford F-150 uphill. On the face of it, the stunt seemed impressive. But as in any tug-of-war, it is not about how much power your truck can put to the wheels. The limiting factor is traction. And among other things, traction is determined by the number of axles driven, the tires used, and the weight of the truck (and its load). In short, the lighter RWD Ford is always at a disadvantage to the heavier 4WD Cybertruck. To level the playing field, Elon should have at least put some cement bags into the Ford's load bed.

When it comes to analyzing the performance of a truck, it is easy to get dazzled by shiny presentations. In logistics, numerous KPIs have been developed over the years, and many of them have proven to be successful. In some cases, multiple KPIs are available to measure the specific performance of a truck fleet. Each KPI views the same topic from a slightly different angle that makes it difficult to select the “right” one. For example, if a cement producer wants to analyze the productivity of a cement truck, there are several ways of measuring this: “tons per day per truck,” “logistics unit costs,” or “revenue per truck per day.” 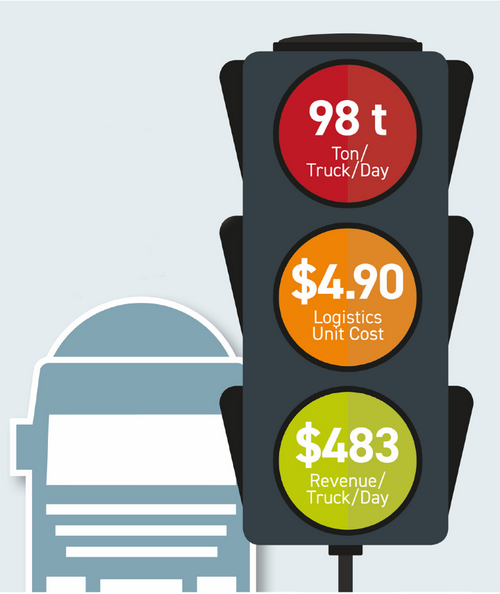 Fig. 1: Different conclusions on truck productivity may be reached based simply on the KPI that is chosen.

The productivity KPIs of the truck shown in figure 1 are all based on the same scenario and time-frame. Depending on which KPI one uses they may come to different conclusions as to whether the performance of this particular truck is good, acceptable, or bad. Further, even if that number reaches an all-time high, the question remains: how much value does it contribute to the success of the company or to the customer’s satisfaction with the logistical service? There is no absolute, or objective, KPI - or to stay within the context of the Tesla's Cybertruck presentation - no "silver KPI" that can bullet-proof your logistics reporting (or truck windows). Good KPIs, however, have one thing in common: they fit the purpose and tie in with your company’s goals and objectives.

The dashboard of my Opel Kadett C Coupe was quite basic and let's face it – boring. So at one point, I “hotrodded” it with a selfmade RPM gauge that measured and displayed the revs of the engine. Tesla's Cybertruck will certainly come with a massive touchscreen that will keep you entertained while driving or charging the battery.

Whichever KPI a cement producer chooses to track, the raw data needs to be presented in a format that’s intuitive and easy-to-digest in order to measure progress against a specific benchmark. Latest Business Intelligence (BI) tools take the dashboard idea to the next level. Beyond simple reporting, they offer trend analysis, forecasting, what-if-scenarios, and have the power to drill down to the deepest level of detail.

But again, it is easy to get dazzled by fancy features and pretty dashboards that don’t necessarily add value. When implementing a BI tool, cement companies should always keep in mind: What’s the benefit of measuring speed if you are driving into the wrong direction?